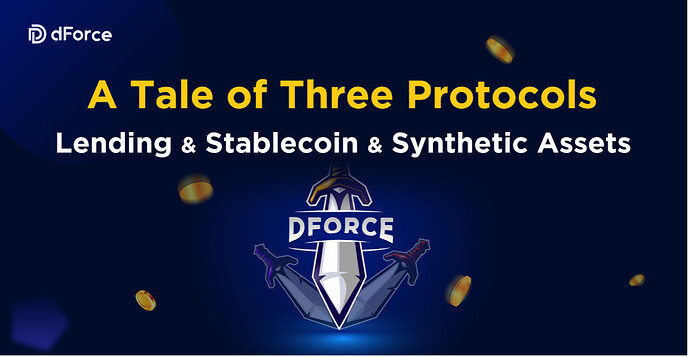 image1274×660 112 KB
Mentioned in our previous post — Introduction of dForce’s Multicurrency Asset and Lending Protocol was a Multicurrency Stable Debt protocol built on top of dForce Lending, our upcoming upgrade (expected launch in mid-May) will expand our synthetic protocol beyond over-collateralized stablecoins to other type of assets.

This is the first attempt in DeFi to design a protocol that brings the best out of general lending, native stablecoin and synthetic protocols. It allows to retain the flexibility and asset scalability of a lending protocol, significantly expand the funding source of the synthetic assets, and improve its capital efficiency. We are building a wormhole connecting parallel universes of major crypto assets and synthetic assets. 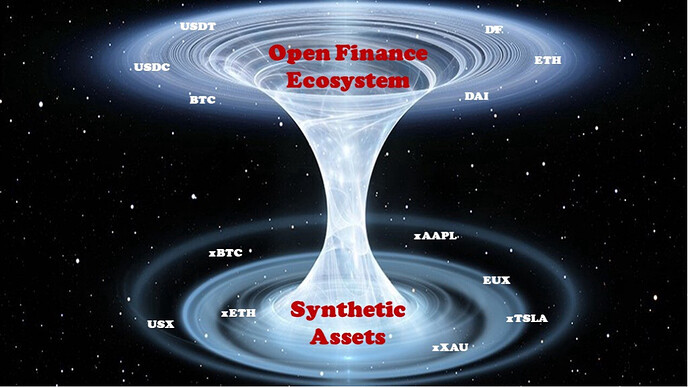 image1274×715 170 KB
The lending protocols are divided into two categories. One is a pool-based general lending protocol which supports multisided transactions (supply any supported asset, and borrow others). This is the most general and dominant form of lending protocol in the market; dForce Lending, Aave, and Compound all fall into this category. Second protocol is Maker’s model, which is single-sided, non-pool-based, and unidirectional protocol. They only allow supported collaterals to mint (borrow) DAI, and DAI is the only system debt and users’ debt position are segregated in a siloed position (a.k.a. a CDP).

DAI is a non-pool-based multi-collateral USD synthetic stablecoin. There are several known and long-debated pitfalls of the model:

On the synthetic asset side, Synthetix is an important player. It is designed such that its platform SNX is used predominantly as an ingredient for its synthetic assets and though its output synthetic assets are unlimited (unless in absence of oracle price feeds), it has a bottleneck for capacity due to its high collateral ratio (c-ratio) and very limited input (mostly SNX). Synthetix has also long been criticized for its over reliance on SNX as collateral (which could fall into a death spiral when reflexivity unwinds); SNX used to be the only token that can be used to mint synths in their system. Though they lately expanded to include ETH and renBTC as collaterals, non-SNX collaterals only account for less than 1.5% of total system collaterals. This also has many drawbacks:

So, what we are up to and what are we trying to accomplish?
On a higher level, we aim to design a general lending, native stablecoin and synthetic asset protocol to capture the upsides of three protocols: 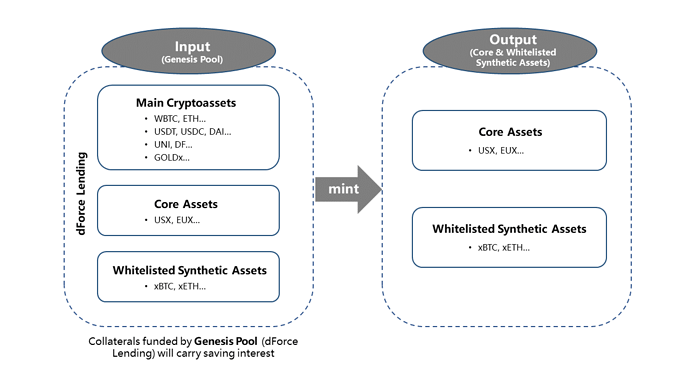 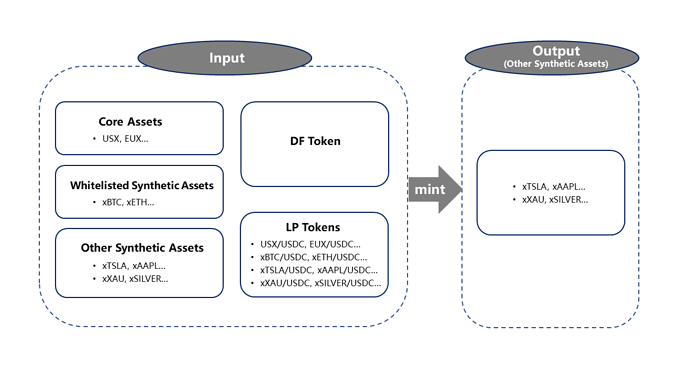 image1280×720 28.4 KB
Initially, we will disable cross borrowing of synthetic assets in the pool. After the liquidity stabilizes, we could turn on cross borrowing, which allows users to borrow, i.e., xTSLA against collateral of xAAPL. This basically enables margin lending and trading of these synthetic tokens.

In addition to these two pools, other pools could be sprung up to accommodate a broad variety of use cases, i.e.,:

· Facilitate low slippage block trade of crypto assets, such as:

One of the highlights of the combo is that our synthetic asset protocol natively supports multicurrency stablecoin. Many uses cases can be unlocked; notably:
· Natural Hedge. Borrower to natively hedge their balance sheet risk. It makes little sense for a bitcoin miner in Europe to borrow USD stablecoins, where all their expenses and PPE investments are denominated in EUR. Miners in Europe can borrow EUX using BTC or ETH as collaterals — natively offer FX hedge. This also applies to traders using EUR to denominate their P/L.

· Long/Short Position. Multicurrency support allows traders to capitalize their views on different currencies, i.e., if a trader believes dollar is going to weaken against EUR, they could borrow USX and trade into EUX.
· Low Friction Global Carry Trade. Now, for depositors in Euro zone deep into negative interest rates, it is still very high friction to do carry trade to take advantage of high yield in USD stablecoin yield farming. Traders need to covert EUR into USDC or USDT, which will incur high costs and exposure to FX risk. If we establish a EUX pair, it will be much less friction, when traders with EUR deposit want to participate in the yield farming and other DeFi protocols.

We will provide the best experience for trading our stablecoin and synthetic assets, trading will be supported in our own dForce Trade portal and we may in the future allow adding liquidity in our AMM; we also embrace other AMMs and DEXs, and will provide incentivized liquidity preferably on AMM with high capital efficiency like Uniswap V3 or Kyber DMM. Given the high gas expenses on Ethereum layer 1, we are also exploring layer 2 and other low gas blockchain like BSC for deploying the upgraded protocols. A more detail liquidity incentive initiative will be announced around the time of the launch.
Interest Rate Policies for Stablecoin and Synthetics

Similar to DAI and DSR, stable debt in USX and EUX will both have the lending interest rate and supply interest rate, which is native, systematic, and governed by DF tokens holders. However, the Genesis Pool and Synthetic Pool could have different local interest rate policies, though the interest income will still be pooled together across all pools for the same asset.
Aligning with other synthetic protocols, we propose to keep interest rates for other non-stablecoin synthetics at 0% to encourage mintage. Interest rates for stablecoin are also recommended to keep at 0% at initial launch stage.

So, the systematic interest rate and lending protocol interest rate can be very different (think the difference between DAI’s Stability Fee/DSR and DAI Borrow/Lending rates on Aave.)
Security

Security is the only thing that keeps the team awake at night. We have engaged 4 top global audit firms for auditing our lending and synthetic asset protocols: Trail of Bits, ConsenSys Diligence, CertiK and Certora (for formal verification) and we also actively engaging with whitehats for bug hunting. All major vulnerabilities were fixed so far. We also implement stringent risk control parameter across assets and 24/7 off-chain monitoring system. Nevertheless, DeFi is uncharted water and there is no guarantee of bug free. 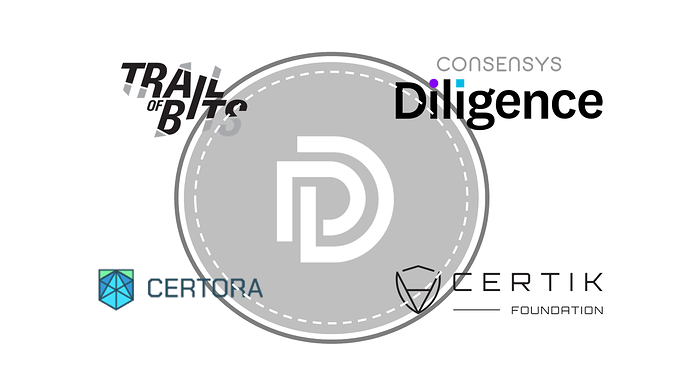 Now all our important protocol decisions are carried out by DF token voting on snapshot, we want to build our protocol into a minimal governance protocol, with the majority of its parameters (supported collaterals, LTV ratios etc) set by global parameter of the lending and synthetic protocol, which is dictated by DF token holders.

The extension of our lending protocol to native stablecoin and synthetic asset protocol will significantly enhance the value accrual of DF token. Now your DF tokens can be used to mint all synthetic assets in the protocol. Stay tuned for DF Tokenomics 2.0 in the coming weeks!
Acknowledgments: Chao Pan from Maker, Mable Jiang and Multicoin team