We built out dForce into a protocol matrix achieved notable milestones this year by building the three protocols primitive; USX as the first pool-based native decentralized stablecoin, a general lending protocol, and a synthetic protocol. We also went multichain and deployed all key protocols across Ethereum, Arbitrum, Optimism and BSC.

The DeFi landscape shifted dramatically over the past year, with more Web3 primitives such as GameFi, SocialFi etc entering the horizon. dForce’s mission has always been about building the layer0 open network, first starting out as a DeFi protocol and now embracing the key Web3 and metaverse primitives.

As DeFi evolved into a complex multichain world, we needed to ensure dForce always stays on top of the game. We are going to go deeper into the unchartered waters by expanding the current existing dForce protocol. In V3, we are bringing a series of new features and tokenomics revamp that we would like to put up for community discussion and eventually for governance voting.

The following are the features to be introduced, on a higher level. 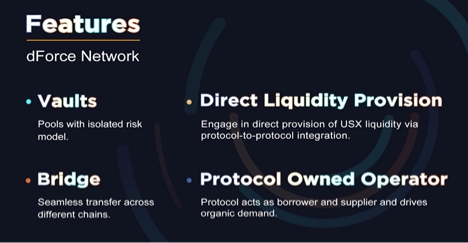 In addition to the above protocol upgrades, we also propose to significantly revamp the tokenomics to further integrate our underlying protocol utility and ensure value accrual 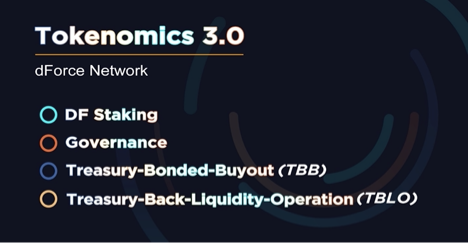 In our Tokenomics 2.0 paper, we mainly discussed the DF staking and value accrual. In V3, we go further to bring more innovative primitives to our Tokenomics.

We will dive deeper into these two important parts in the coming weeks ahead. Stay tuned!

probabaly the biggest upgrade of the past two years