Welcome to dForce monthly update. We keep our community up to date about what to expect in the coming months.

dForce recorded a Total Accumulated Borrowing of $825.9m by October, representing an increase of $172.8m in new loan origination, or 26.5% from previous month. 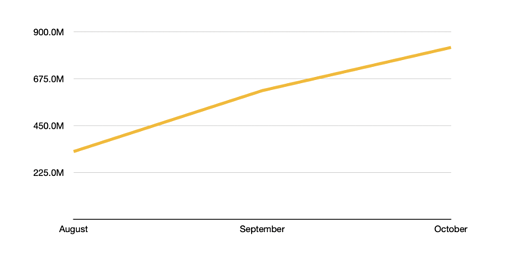 Total Supply achieved $233m (including Liqee) in October, down by $47m from previous month. Around 53.5% of the Total Supply are contributed by Binance Smart Chain, 23.0% by Ethereum and 23.5% by Arbitrum. 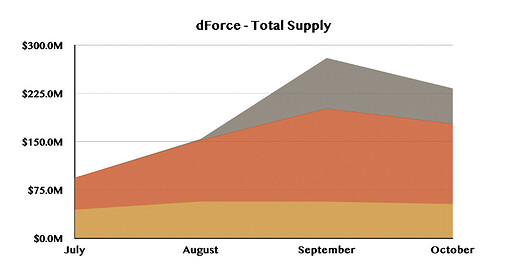 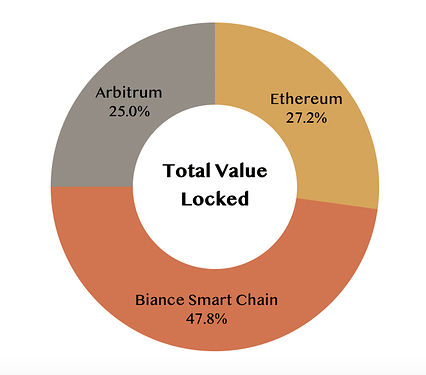 In October, dForce recorded a projected Annualized Platform Revenue of $7.42m, representing a MoM growth of 43.7% from September. In addition to interest paid by borrowers and stablecoin minting fees, trading fees generated from USX pool on MCDEX are mostly captured by dForce Treasury as Protocol Revenue. 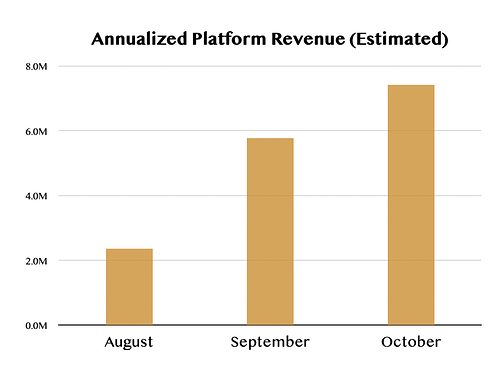 In respect of the Platform Revenue: 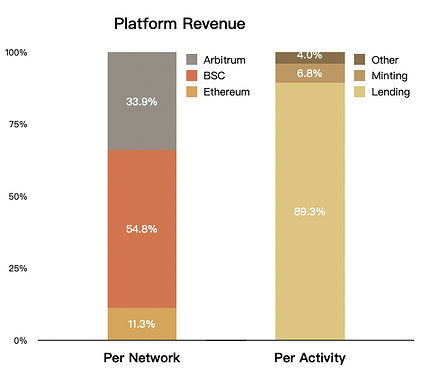 In respect of the Protocol Revenue:

Approximately 24.7% of the Protocol Revenue were contributed by stablecoins (USX and EUX), 60.7% by lending, and 14.5% by trading fees generated on MCDEX. 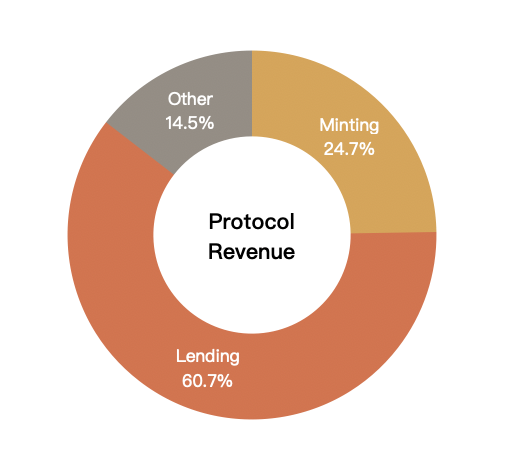 In October, dForce recorded a projected Annualized Protocol Revenue of $2.0m, up by 23.0% from September. 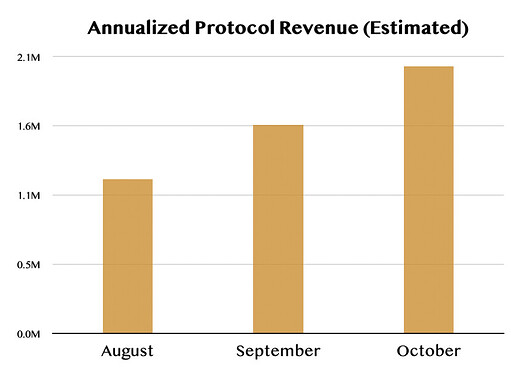 In October, dForce witnessed an increase of $3.5m in Total Value Locked on Ethereum, with a drop of $3.6m and $4.6m in Total Supply and Total Borrowing, respectively. 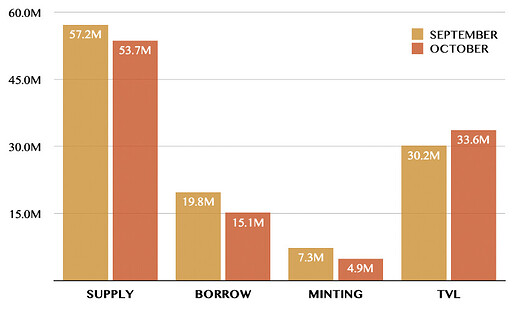 By end of October, dForce Lending achieved a Total Supply of $55m and a Total Borrowing of $22m, with $31m Total Value Locked on Arbitrum. 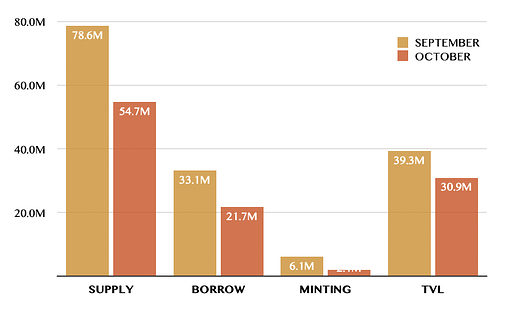 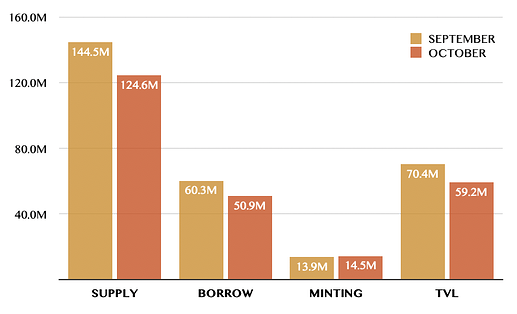 dForce offers long-term incentives for lending, borrowing, as well as providing liquidity for dForce-backed assets on Ethereum, Arbitrum, and Binance Smart Chain. We have also kicked off joint liquidity mining with DODO on Arbitrum. Please visit dForce Forum for the latest gauge (update on a weekly basis). 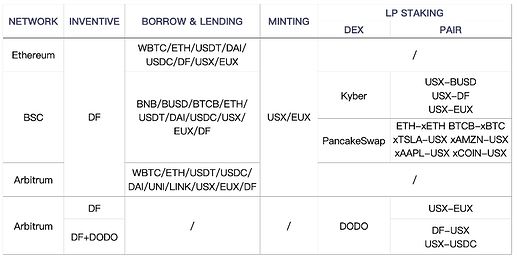 The DF staking system allows users to stake DF token for vDF token, which can be used to propose and vote on critical protocol decisions, capture value directly from dForce protocols, and receive inflationary rewards from staking, etc. Expected launch in Q4.

dForce partnered with MCDEX to power DeFi perpetual trading by launching a USX pool on Binance Smart Chain, initially supporting perpetual contracts of BTC, ETH, as well as BNB. With this integration, users can either trade perpetual contracts and settle in USX (for up to 15x leverages) and receive MCB mining rewards or providing liquidity to the USX pool to earn trading fee.

dForce and UPRETs Partner to Onboard Real-World Assets backed Loans

dForce and UPRETS announced their collaboration to power RWA financing. UPRETS is a platform focused on simplifying investment in real estate by advising on and digitalizing assets and securities. It is also helping MakerDAO originate its first real-world solar farm financing deal (click here to learn more). Through this collaboration, dForce will provide trustless and highly efficient capital infrastructure (DeFi) entwined with UPRETS bringing regulated tokenized RWAs into DeFi.

Following Liqee, dForce announced collaboration with EntroFi of USX’s credit line extension, leading USX adoption by allowing permissioned institutions and protocols to obtain USX liquidity from dForce. This protocol-to-protocol integration will allow dForce to use EntroFi as a portal to connect to borrowers in various forms, and facilitate easy execution for RWA deals. Borrowers can use EntroFi’s portal to interact with dForce’s USX protocol.